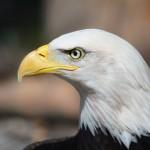 The full Board of the central bank voted unanimously to approve a 75 bps hike, while Chairman Jerome Powell warned of more pain to come because of the ongoing challenge of inflation.

“The 75 bps hike is as expected, and they say the ongoing pace is appropriate. Economic activity is already cooling down but, paradoxically, that could make aggressive hikes even more necessary.”

“That’s because they have to fight inflation first, before trying to kickstart the economy, so they must reach their terminal rate as quickly as possible. This way they will have the chance to lower rates later, and the impact can be felt earlier.”

“Actually, contrary to Europe, US inflation now seems widespread and sticky; not only based on supply chain problems, but also on the huge amount of dollars printed in recent years. Given this context, cutting liquidity might not be enough, but a significant slowdown in the pace of GDP should be achieved to bring inflation down. That’s the “pain” Powell talked about.”

“The so-called terminal rate is now at 4.6%. That’s the peak they expect to reach while fighting inflation, which is actually significantly higher than in previous meetings. This is the most important rate for markets, since it is the one that shapes longer term expectations.”

“The big question now is whether such rate will be enough to bring inflation down to circa 2% without causing a major recession. All in all, If they finally manage to do what they intend, which is to reach the end of 2023 with rates around 4.6% and inflation down significantly, we would be in a situation much more similar to historical averages than that experienced in the last ten years. That would be healthy so long as unemployment projections are also right, that is, still very low. It is possible, but I’d be skeptic given how sticky inflation is becoming and how aggressive they seem.”

Jonathan Boyar, Principal Advisor to the MAPFRE AM Forgotten US Value Fund, says:

“My view is that investors should stop trying to guess what the Federal Reserve is going to do and focus instead on the fundamentals and valuations of the businesses they own.”

“We think investors owning a portfolio of undervalued stocks that have catalysts for capital appreciation – which is what the Mapfre AM US Forgotten Value Fund holds – will do quite well over the next 2-3 years.”

MAPFRE is a global insurance company. It is the benchmark insurer in the Spanish market and the largest Spanish multinational insurance group in the world. The number one Non-Life insurance group in Latin America and the sixth in Europe by Non-Life premium volume. MAPFRE employs almost 32,500 professionals and in 2021, the company’s revenues totaled almost 27.3 billion euros, with net earnings of 765 million euros (+45.3%).