Reservations are not needed on weekdays to stroll along the Highline, a 1.45-mile-long elevated linear park, greenway and rail trail. The park was created on a former New York Central Railroad spur on the west side of Manhattan. It’s currently from Gansevoort Street by the Whitney Museum to Hudson Yards.

We were strolling north along the park on our way to see King Nyani. Getting hungry somewhere near the 23rd street egress, we left the park and walked toward 10th Avenue. Don Giovanni’s restaurant’s awning claiming “The Best Brick-Oven Pizza in Town” caught our eye. That and it was the only thing open.

We shared their large ($24) Margherita classic coal-fired Neapolitan pizza with mozzarella and tomato sauce. It was enough for the four of us. Their dough is thin and crisp. Along with that, we shared the wild baby arugula with sliced pears, crumbled gorgonzola and whole walnuts ($15) 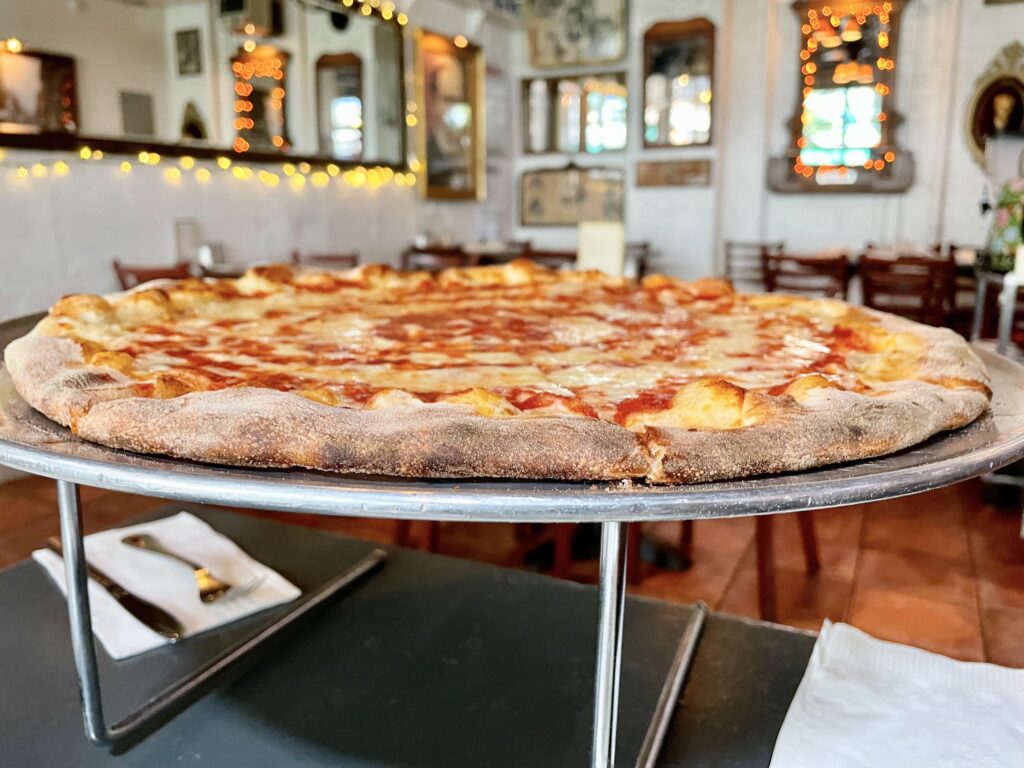 Once satiated, we headed back to the Highline to the end where we visited King Nyani in Bella Abzug Park. That giant gorilla inspired by King Kong was only supposed to be located there until the end of May. As of mid-August, this giant ape  — more reminiscent to me of Might Joe Young — was still available to snuggle with! 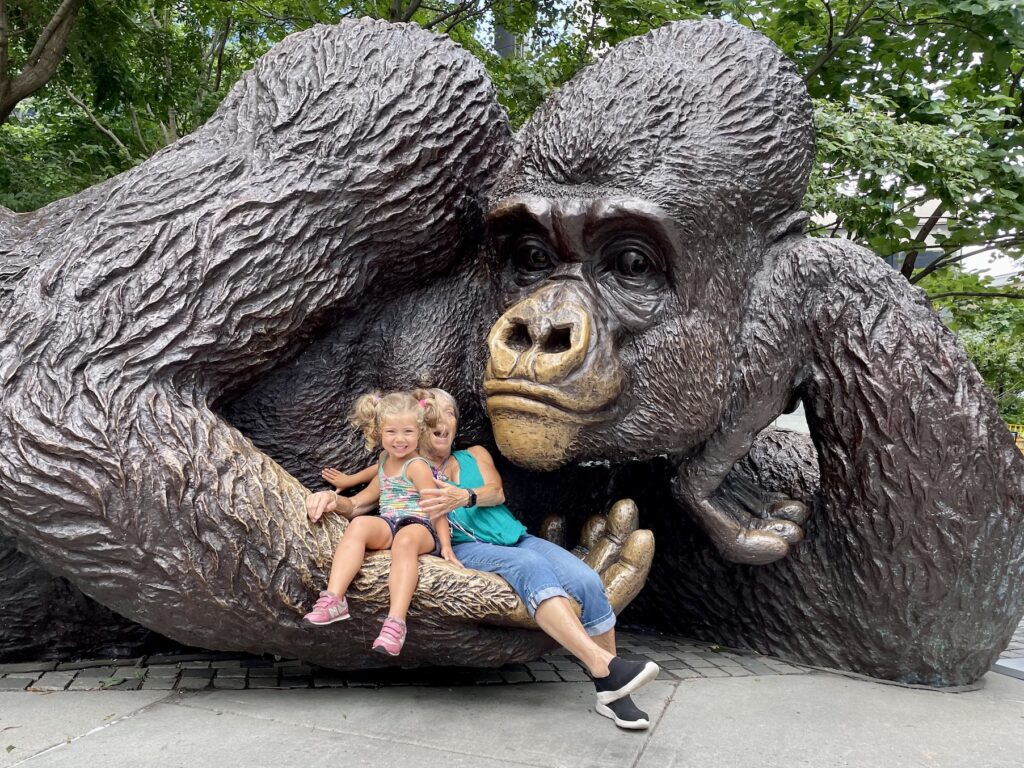 Gillie and Marc Schattner, the artists had written, “All gorillas are critically endangered and desperately need help. There may be only 1000 mountain gorillas left in the wild and fewer than 3800 eastern lowland gorillas. King Nyani brings the opportunity for NYC to become the champions of all gorillas, helping to save one of our closest relatives.”