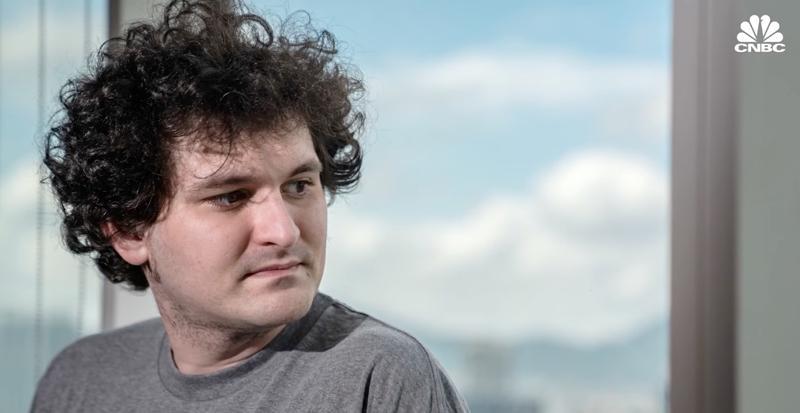 Sam Bankman-Fried, the Democrat crypto-scammer who took millions of dollars from over one million investors in the cryptocurrency exchange FTX and passed his ill-gotten gains to Democrat Party candidates and political organizations, gave the maximum amount allowed by law to the reelection campaign of U.S. Sen. Lisa Murkowski.

Murkowski is the Alaskan incumbent who will most likely be reelected due to the ranked-choice voting methodology created by her supporters in 2020. Bankman-Fried also gave thousands of dollars to the Alaska Democratic Party.

The crypto-crook also donated to Maine Sen. Susan Collins’ campaign, and Sen. Mitt Romney of Utah. They were among the only Republican candidates Bankman-Fried donated to, while his list of donations to Democrat candidates and causes is extensive.

The story of FTX being a money-laundering operation for Democrats is a case study in corruption in Washington, D.C.

Bankman-Fried’s brother Gabriel, who runs a fake nonprofit created by Sam called Guarding Against Pandemics, also donated the maximum amount of $2,900 to Murkowski’s reelection campaign. All of Gabriel’s money comes from Sam, who has financial interests in pandemics, and shaping the policies in response to pandemics.

Bankman-Fried donated $9,700 to the Alaska Democratic Party, and listed his employer as Alameda Research, which is a venture-capital and trading firm affiliate of the now-collapsed crypto exchange FTX.

Bankman-Fried donated millions to over 100 Democrat campaigns and political action committees such as SMP, to which Bankman-Fried gave $250,000 to in support of candidates such as Democrat Sen. Raphael Warnock of Georgia, John Fetterman of Pennsylvania, and Sen. Mark Kelly in Arizona.

Some political action committees, such as Protect Our Future PAC, received millions of dollars from Bankman-Fried.

Democrats in the House and Senate, who were facing an uphill battle as a result of President Joe Biden’s disastrous policies, had a secret weapon during this election season: A major money laundering operation from unregulated cryptocurrency scams controlled by Bankman-Fried.

“As Democrats spent the lead-up to the 2022 midterm elections fretting and hand-wringing about a potential red wave, they had one silver lining: the emergence of a new superdonor,” writes The National Review. “Sam Bankman-Fried, the wunderkind 30-year-old founder and CEO of FTX, the upstart cryptocurrency exchange, was splashing money around everywhere. He was young. He was rich. He seemed smart. And he looked like the successor to George Soros, the 92-year-old billionaire who had given Democrats more than $100 million during the midterm cycle. Bankman-Fried gave a more modest $40 million—including $6 million to Nancy Pelosi’s House Majority PAC—but he suggested it was merely a grace note. During the 2024 contest, which will decide the presidency, he planned to spend ‘north of $100 million,’ he said, even flirting with $1 billion in total.”

Bankman-Fried is under investigation by the Securities and Exchange Commission, the Commodity Futures Trading Commission, and the Manhattan U.S. Attorney’s Office. A lawsuit by investors has been filed in Florida.

“The Debtors thus have credible evidence that the Bahamian government is responsible for directing unauthorized access to the Debtors’ systems for the purpose of obtaining digital assets of the Debtors—that took place after the commencement of these cases. The appointment of the JPLs and recognition of the Chapter 15 Case are thus in serious question,” the filing continued, according to reporting by CNBC. This appears to be a bribe of Bahamian government officials.

The accusations about the transferred funds were made by FTX and came to light in the United ls.States Bankruptcy Court in Delaware.