A few short years ago the photographic industry was served by a range of support associations covering commercial distributors, retailers, prolabs, professional photographers and keen amateurs.

They say the past is another country, but in putting together this little overview of where we have come from, it’s startling to see just how different a country, and in such a relatively short period of time. As an industry – profession photographers, specialist retailers, prolabs and distributors – where we are today is barely recognisable from where we were just 10 years ago. Just six years ago the industry held an event at the Melbourne Exhibition centre which attracted around 17,00o people over three days – most paying an entry fee – and included the annual APPA awards. Those days have gone. They were gone well before Covid put its spikey foot through the scenery.

One by one, the most of the industry associations have folded, leaving only the venerable camera club movement and its national umbrella, the Australian Photographic Society, and the professional photographers association, the Australian Institute of Photography, still standing.

The first casualty ‘in the modern era’ was PMA, the Photo Marketing Association (Australia) which was the Australian offshoot of US-based PMA International, which itself had a history going back to the 1920s.

This US affiliation was a strength, and then ultimately a weakness. The res of the US ‘parent’, such as retailer and photo printing staff training programs and the wherewithal to set up a well-staffed Australian office, were critical to PMA’s success. Membership fees were kept quite low. (But is was perhaps the inspired choice of the great Les Brener as founding director which enabled PMA in Australia to initially prosper.)

However when the bloated PMAI – which had grown fat on the revenue of the giant PMA Las Vegas trade shows –  hit financial trouble in the US in 2024/2015, it cleaned out the bank accounts of the Australian branch, cancelled the office lease and wished us all the very, very best in the future.

Of those groups, the APCL is now inactive, the PSPA was incorporated into the AIPP and the PPFA is still ticking over as a chapter of PPFA International.

(There was also a New Zealand branch of PMA which was more financially independent. The Americans weren’t able to close its accounts and take its cash, which provided the seed money for the NZ industry to form another retailer association.)

PMA for decades worked in close partnership with distributor group PICA (Photo Imaging Council of Australia) – later renamed IDEA – to run the annual trade exhibition and retailer conference, with PICA running the exhibition and PMA the seminars and workshops. (In 2007 PMA gained control of the exhibitions from PICA/IDEA for a few years.) Venues alternated between the major exhibition halls in Sydney and Melbourne and occasionally Brisbane. Conference-goers ran to 300 or 400 delegates, which is unsurprising given that the Kodak Express chain of minilabs alone numbered more than 700 outlets in its heyday, through the late ’80s and 90s.

If we ‘follow the money’ – or in this case lack of it –  it would seem the demise of the international and Australian PMA was due to falling membership and the reliance on one big event every year – the annual exhibition/conferences. These were expensive to run – hiring the bulk of the Sydney Exhibition Centre’s conference rooms for four days doesn’t come cheap. (Nor did the plethora of  PMA executives who flew in from head office in the US to swan around for the week!) Without a full complement of delegates, it wasn’t hard to lose a hundred thousand dollars or so, rather than add to revenue. At the last show, in 2015, PMA did not participate.

Professional photographers were a vital part of these annual get-togethers as both keen exhibition attendees and via the annual judging of the Australian Photographer of the Year awards, capped off by a gala dinner.

The bigger photographic companies vied for the biggest and most flashy stand and sponsored high-calibre keynote speakers for the convention. (At one stage a spending limit was introduced because the richer companies – the Kodaks and Canons – were spending crazy amounts of money on stand space and design.) 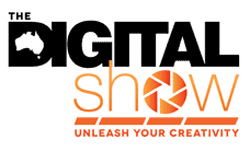 The trade shows themselves, in their later iterations in the 21st century were open to the public and called variously The Digital Playground (not to be confused with the porn website) and then The Digital Show. They generated hundreds of thousands of dollars a year which was used to run the IDEA office, which among other things provided a weekly newsletter, lobbying to government on issues of importance like grey marketing and GST, for many years a syndicated weekly photo tips column going out to suburban and regional newspapers and, when digital photography hit, an ongoing campaign (‘Print It Or Lose It’) to encourage consumers to get their photos printed.

The IDEA board comprised the industry’s leading executives, and there was considerable prestige invested in the role of President. Somewhere along the line, perhaps as the annual trade/consumer shows became less interesting to the members, IDEA became less relevant and membership, which included most of the local distributors large and small, dropped off.

When the driving force behind IDEA, executive director, Paul Curtis, retired in 2012 his replacement proved a disaster. As we wrote at the time: ‘Her selection and appointment was strongly endorsed by then IDEA president, Dave Marshall (Fujifilm) as part of a push to expand the association from one focused on promoting photography, to digital entertainment and “convergence”. This also involved a change of name from “Photo Imaging Council of Australia” to “Imaging and Digital Entertainment Association”.’

IDEA (ie, Dave Marshall) had decided that what the industry needed was an all-singing, all-dancing consumer electronics show with a bit of a focus on imaging. The young and stylish new CEO was thought to be the person to deliver it. She resigned in 2013, five months out from the 2013 Digital Show, departing back to the US and leaving the previously purposeful association in disarray.

That was probably the pivot point for IDEA. There was never another executive director appointed. The shows were put on a bi-annual basis. Once. Major brands dropped out and the CE/IT companies declined to play. The last show was in 2015, after then IDEA president, James Murray, cancelled the 2017 event with ‘no plans for future events of this kind’. That was it, really. The IDEA ‘Grapevine’ newsletter continued on until 2019. There was still cash left in the IDEA bank account but membership was down to a handful and no-one, not least the board under the extended presidency of James Murray, seemed particularly interested in any form of renewal.

The other group of significance which has gone by the wayside is the ACMP, established in 1991 as a commercial photographers’ break-away group from the AIPP. With  membership down to around 250, it merged with the AIPP in 2015. For a while the AIPP website became the AIPP + ACMP website, until it was fully absorbed in 2017, with former ACMP members joining the Commercial Council of the AIPP.

And now there is just one single group dedicated to any aspect of the business of photography in Australia, the AIPP. The demise of all those other groups was not inevitable. Competence and passion counts. The ability to convey a vision which engages members. A decent business plan.

There is one other Australian photo industry ‘institution’ which is still standing – and that’s Inside Imaging. We have provided a chronicle of the industry for the best part of 20 years now and, with less to bind ‘photo industry people’ together than was the case in the past we are, in the absence of any other of history, its corporate memory.